Omnitrace was a project developed during a project course in Computer Sience on Chalmers university of technology. Here follows the abstract from the report:

OmniTrace is a sort of “guardduty” service for vehicles. The system makes it possible for you as an owner to have full control over your vehicle. You can decide when the vehicle is allowed to move and which geographical areas it is allowed to be in. If these restrictions are violated the vehicle is assumed to be stolen and an SMS is sent to your mobile phone with the message: “Your vehicle is stolen!”. Upon an event of vehicle theft you can, through a user interface, see the exact position of the vehicle. This report describes in detail how this service works, how the system is built and how the project team has worked . from design to complete system. The system is adapted for tracing vehicles but its usage are many . something that should be clear after reading this report.

The report can be found in the “downloads” section. 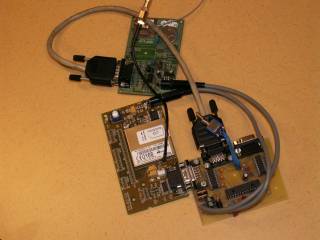 The complete system assambled. Here is the GPS-module and GSM-module connected to the mainboard. The mainboard collects data (altitude,latitude,longitude,velocity,time) from the GPS module and creates a new packet. When a packet is collected and redy to send it to the server, a socket connection is created trough the GSM-module using GPRS. A packet is only sent when the car has been stolen which is when the car is alarmed and is moving. 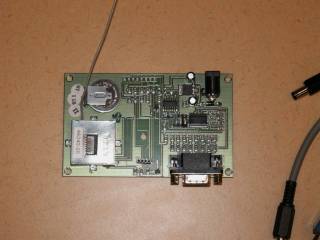 GPS-module. A “Lassen IQ GPS receiver” with starter kit. Communicates using TSIP over RS232 which is a binary protocol created by the manufacturer. The module perodically sends small packages like altidue, velocity, etc. to the mainboard. 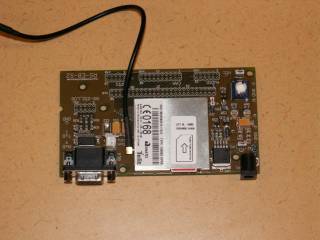 GSM-module. A “Telit GM862-GPRS module” with starter kit. Easy to talk to by using regular AT-commands over RS232. Functions used are reciving the caller-ID on incomming call, receive/read/delete incomming SMS and create a TCP-connection over GRPS. 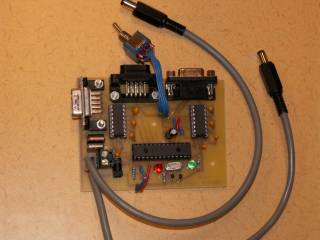 Mainboard. A 18F252 communicating with the two modules and the computer (programming) using RS232 and one built in USART and one software UART (either GSM/GPS or GSM/computer as same time). 28kHz IR-receiver for usage with the IR-transmitter. 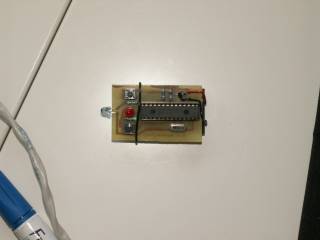 IR-transmitter. Two buttons to set alarm on or off. Each transmitter has a unique 16 bits code. 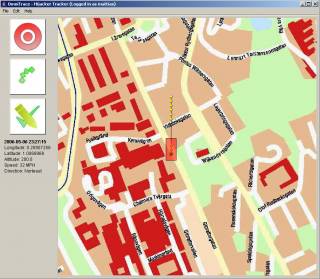 User interface. An interface the user of the stolen car can use to see traces and current position of the car. The user can also define zones and change SMS-actication password and phonenumbers. 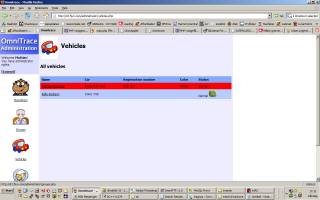 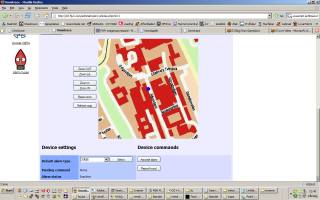 Admin interface. Interface for the administrator of the system. He can see all cars in the system, change settings, alarm/unalarm etc. 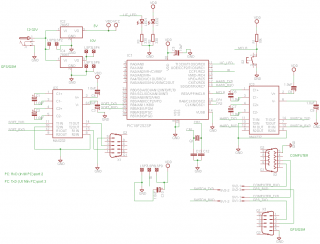 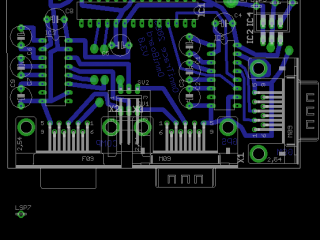 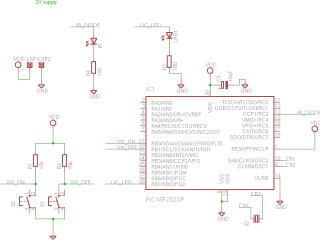 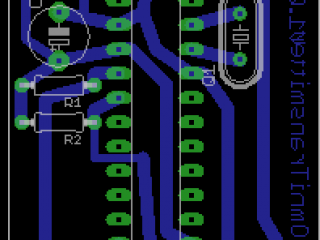 The firmware is written in Microchip C18 using MPLAB

Latest source code and schematic/PCB-layout can be found in repository
/hardware/trunk/schematics/D3/ in SVN.
The report can be downloaded here.

All information found on this page are licensed. See the license page for more information.